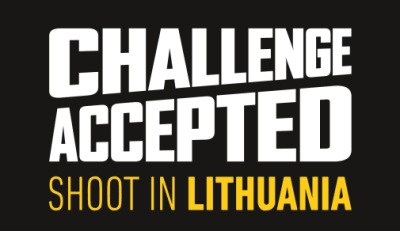 Lithuanian Film Tax Incentive came into effect in January 2014 as a new policy measure to foster local and foreign film production in Lithuania.

From 2019 Lithuanian Film Tax Incentive offers an opportunity to save up to 30% of the film production budget through private investment scheme.

As a foreign filmmaker you have to cooperate with one of the local production companies that will submit the application. The local company will take a responsibility of finding a local film donor willing to invest up to 30% of your production budget in exchange of a reduced corporate income tax.

More about the application process: Desciption of the Evaluation Procedure

The process is explained in the scheme below:

Who benefits from this scheme?

Film production companies get a financial aid for filmmaking in Lithuania if their production meets eligibility requirements and they comply with the formal procedure approved by Lithuanian Film Centre.

Private donors in return can deduct the amount granted for filmmaking process from their taxable income. The estimated net profit for the donor participating in the scheme is up to 11,25%.

The incentive is available for the production of feature films, TV dramas, documentaries and animated films. It includes domestically produced, co-produced or commissioned films (produced under the service agreement). At least 80% of eligible film production costs must be incurred in Lithuania and the total amount of eligible spend in Lithuania has to be no less than 43,000 EUR.

INELIGIBLE COSTS ARE THE FOLLOWING:

The film cannot be pornographic, incite violence or hatred. It has to meet at least two of the following criteria:

The film has to meet all of the following production criteria: