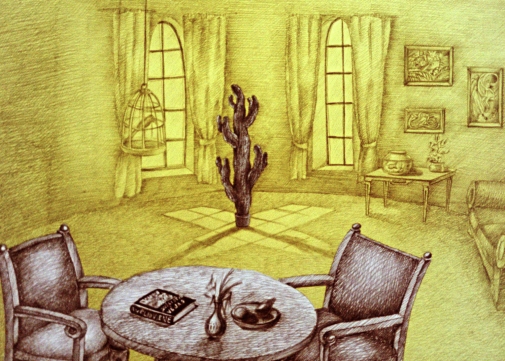 THE MYSTERY OF THE CACTUS

A debut film by Lithuanian animator, screenwriter, director, and producer Valentas Aškinis is based on Vytautė Žilinskaitė’s fairy tale. The animated film starts with a trivial every-day event while playing a boy touches a cactus and is hurt by its needle. In anger, he sends an arrow at the cactus. It is at this moment that a world of fantasy opens before the audience. It’s full of good spirits which come not only to the wounded cactus but also the evil-ridden heart of the boy. Will he ever understand that only sacrifice will lead to salvation and revival? This film starts the practice of using a dash-and-detail graphic technique in Lithuanian animated film production. This device creates a particular sensation of space.

A classic, Lithuanian fairytale interwoven with a number of paths that all lead to the prickly truth that – ultimately – love triumphs over anger.