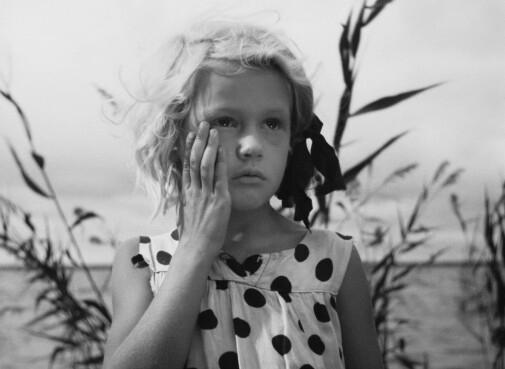 Four novels, portraying kids in different Lithuania’s epochs: before the war, during the war, after the war and 50s. From the little Juozukas is forced to go to work to the neighbourhood farmers we move to the little Laima, who lives by the lake and suddenly meets a soldier. This film was shown at International Karlovy Vary Film Festival.

Along with the film The Living Heroes (Gyvieji didvyriai; 1960), a new generation of filmmakers came to the Lithuanian cinema, and so did the first international recognition in the form of several awards at the XII Karlovy Vary Film Festival.

The four chapters of the film depict children in different periods of the 20th-century Lithuanian history. While Living Heroes was in line with Soviet ideology (showing the difficult life of the interwar period, glorifying the heroism of Soviet partisans, condemning “bandits” who hindered the formation of a new order of life, etc.), this motion picture proved that the new generation that came to Lithuanian cinema sought to create modern cinema and speak in captivating poetic images. The authors of the film, most of whom were graduates of the Moscow Institute of Cinematography (VGIK), were influenced by Nikita Khrushchev’s “thaw” in the 1960s when new heroes and new conflicts began to enter the cinema, and attitudes towards man and history were changing. The choice of making children the main protagonists was determined not only by the fascination with Italian neorealism, but it was also an opportunity to look at the world from the point of view that was undistorted by ideology.

The chapter We Need No Longer (Mums nebereikia) based on a short story by Juozas Baltušis directed by Marijonas Giedrys (he is also the author of the screenplay) transports the viewer into the interwar Lithuanian village. Nine-year-old Juozukas is taken out of class by his brother since a wealthy farmer came to “buy” a shepherd. The largest part of this chapter depicts the trip to the “buyer’s” house. Upon arrival, it transpires that the previous shepherd returned. The main emphasis of this story is on the farmer’s heartlessness, but the director’s attempts to break free from the schematism of similar films are already evident. Cinematographers Donatas Pečiūras and Robertas Verba create a depressing atmosphere and are generous with powerful angles, expressive close-ups and shots of nature.

The chapter Nightingale (Lakštingala) directed by Balys Bratkauskas (based on a short story by Petras Cvirka, screenplay by Vytautas Žalakevičius) is the most traditional among the film’s stories both in terms of narrative and directing. Pretending to be a village fool, a boy called Lakštingala lures a German squad into the forest where partisans are lying in waiting for them. At the core of this story is also a journey, only here the tension is created by the episodes in which peasants have to confirm to the German soldiers that the boy is telling the truth. When the combat begins, and one of the soldiers shoots at the boy, we see a distinctly expressive montage: the horse gets spooked, the boy rolls under the carriage, the wheels of the carriage are turning faster and faster. However, the ending is predictable – the partisan commander embraces the boy in a fatherly manner.

The plot of the story The Last Shot  (Paskutinis šūvis; screenplay by Henrikas Šablevičius, directed by Arūnas Žebriūnas) is also minimal: a little girl who has befriended and looks after the swans that had settled on the river encounters an armed man. The girl follows him into a tunnel, his hiding place, and carries out his ammunition. It is clear that the man had killed the teacher whose funeral is shown at the beginning of this story, but the authors of this film chapter are more interested in the juxtaposition of good and evil, life and death. The light-haired girl in a white dotted dress is associated with light and life (swan eggs), whereas the man represents darkness and death. The motif of the struggle between light and darkness is emphasised by the camera work of Jonas Gricius. Contributing to the poetic atmosphere of this story is also the associative montage: a close-up of the girl’s lips blowing dandelion seed fluffs is connected to the coffin lowered into a grave.

The final story The Living Heroes (screenplay by Algimantas Čekuolis and Vytautas Žalakevičius, directed by Vytautas Žalakevičius) begins quite impressively: contemporary children are watching The Last Shot on a TV screen. The main protagonists of the story, the two boys, are contemporaries of the viewers. They dream of becoming heroes, but at the end of the chapter, they learn that dedicated work can also be a heroic deed. The story is didactic, but it is interesting to observe the work of the cameraman Algimantas Mockus which captures every sign of modernity – television, cars on the streets of Vilnius, English language exercises emanating from a tape recorder during an English lesson, shots of new constructions – as if crossing out the ruins and rural huts seen in the previous film chapters.

The Living Heroes witnessed the turn of Lithuanian feature film towards a distinctive style conveying the “codes” of national culture and the author’s cinema. The fragile little girl in a dotted dress appeared in several other Žebriūnas’ films and even became a kind of a symbol of Lithuanian cinema.