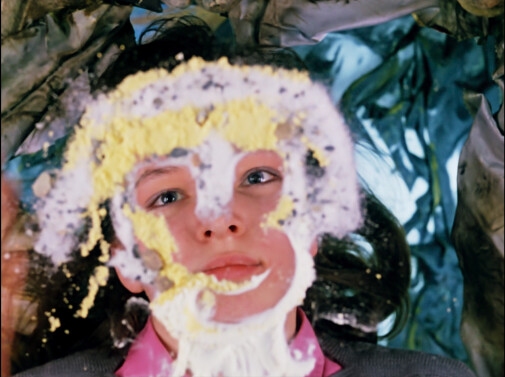 THE LIGHT OF HAPPINESS

Nijolė Valadkevičiūtė (1944-2020) was a painter, film director, and one of the most original animators in Lithuania. Her artworks have participated in international film and animation festivals, won many prestigious awards. She also created graphics, paintings, theatre decorations, clothing sketches, and participated in exhibitions worldwide. The stylistics of Valadkevičiūtė’s graphic and painting works is not characteristic of either the Soviet-era or contemporary Lithuanian visual art. According to art critic dr. Simona Makselienė, her work is based on surrealism and pop art: elements of anime and manga culture. Representatives of this movement constantly question the boundaries between “higher” and “lower” (street, various subcultural) art. Valadkevičiūtė’s work stands out due to its originality and unconventionality, which, despite the outer „pop“ shell, is still not simple, self-serving, or superficial. Her art balances in between serious art, psychedelics, and pop art.

The Light of Happiness is a surrealist story based on a Lithuanian writer Jonas Biliūnas fairy tale.