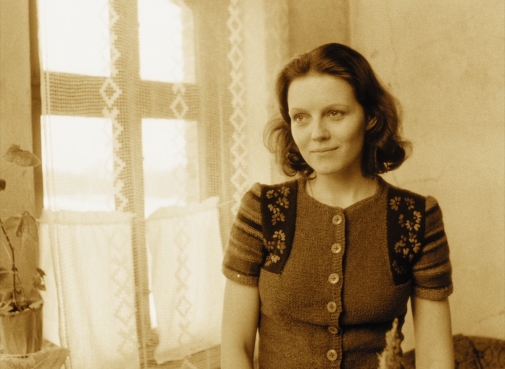 Algimantas Puipa’s „Eternal Light“ (1988) based on a novelette of the same name by Rimantas Šavelis, is one of the director’s most beautiful works and one of the most original Lithuanian films, which bravely marked the first years of the liberation of Lithuanian cinema from Soviet censorship.

The story is told in the Lithuanian coastal village where the drama of the feelings and destinies of the four main characters of the film – Amilia, Anicetas, Zigmas, and Pranė is intertwined. In Eternal Light, Puipa and Šavelis do not talk directly about the consequences of post-war struggles, collectivisation, deportations, or primitive propaganda. They show an exhausted, spent space in which one cannot be oneself and feel anything other than existential emptiness, and thus create a much more convincing picture of post-war Lithuania.