The name of Lithuania in the Berlin Film Festival again

This year Lithuania is participating in Berlinale and the European Film Market for the sixth time. In one of the most renowned international film festivals in the world the country will showcase its achievements and plans in the field of cinematography.

This year the Lithuanian showcase will mostly focus on Lithuanian films in the official selection of the Berlinale as well as opportunities to exploit the country’s tax exemption laws to film foreign productions. Publicity of the results of international projects will also be one of the key themes – the tax exemption scheme implemented two years ago boosted the country’s competitiveness in the international market and has already brought benefit. 2015 was a very successful for the Lithuanian film industry with seven foreign productions filmed in the country – the highest number of all times. The most notable project was the 6-part miniseries adapted from Lev Tolstoy’s War and Peace filmed in Vilnius. The first episode alone received over 6m views. The project was critically acclaimed across the world and brought Lithuania in the spotlight of the global film industry.

Lithuania will be one of the 10 countries presented in the co-production event that will take place on February 15 during the European Film Market. Industry representatives will share good experience of collaboration, and introduce attractive filming conditions and the tax exemption scheme. The event will be attended by Arnas Neverauskas, the Lithuanian Vice-minister of Culture.

Lithuanian themes and debuts will also be visible in the film theatres of the 66th Berlin International Film Festival. The world premiere of Mantas Kvedaravičius’ documentary Maryupol will be screened in the “Panorama Dokumente” category on February 14. The essay film tells about the industrial port in the Donetsk Region, Ukraine. The daily life of Maryupol is transfused with constant anticipation of war and its proximity. The festival’s organisers see the film as a visually expressive canvas, a tribute to the city in crisis. This is the second Berlinale premiere of Mantas Kvedaravičius, a filmmaker and a cultural anthropologist. It is the result of collaboration among the film companies Uljanos Kim Studija and Extimacy Films (Lithuania), Twenty Twenty Vision Filmproduktion (Germany), Rouge International (France), and 435 Films (Ukraine).

One of the most promising filmmakers of the young generation Tomas Vengris will present the first Ghanaian film Nakom – an American and Ghanaian co-production, which secured a $32,000 budget through a crowdfunding campaign launched on kickstarter.com in the spring of 2014. Tomas Vengris is American born to Lithuanian parents. This film is his debut as a film editor.

The special screenings for industry professionals will include the Lithuanian-Finnish co-production 2 Nights Till Morning (directed by Mikko Kuparinen). It was filmed in Vilnius in cooperation with a Lithuanian filming crew and with appearances of Lithuanian actors. Authors of the film expect that the participation of international distributors, sales agents, festival programme curators and other industry professionals in the screenings will lead to dialogues with potential buyers and festival organisers. 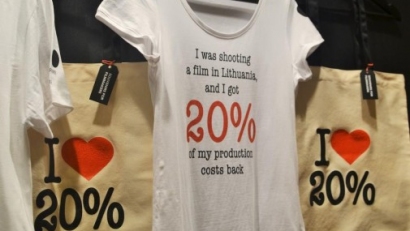 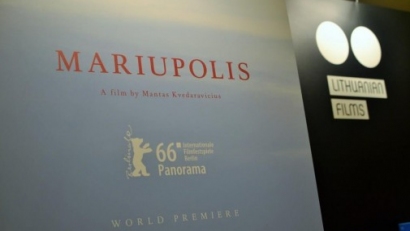