With 139 screenings across Lithuania and 41 screenings at international film festivals as well as restoration of historically significant films, last year marked an important breakthrough for the Lithuanian film classics.

Žebriūnas’ comic drama Walnut Bread was seen by more than 20,000 cinema lovers around the world. The film was also included in Lithuanian Film Night project which allowed residents of 30 Lithuanian towns to enjoy the restored film. It was also made available online for Lithuanians living abroad.

The return of Walnut Bread to the big screens is symbolic as this year marks the 90th anniversary of Žebriūnas’ birthday. The Lithuanian Film Centre has also restored three other film by Žebriūnas’: The Girl and the Echo (lit. Paskutinė atostogų diena, 1964), The Beauty (lit. Gražuolė, 1969) and Devil‘s Bride (lit. Velnio nuotaka, 1974), which has already been screened 10 times in Lithuania and 7 times at international film festivals.

Another film that gained significant recognition last year was Raimondas Vabalas’ Flight over the Atlantic (lit. Skrydis per Atlantą, 1983). It was screened 8 times in Lithuania and 2 times at international film festivals. Raimundas Banionis’ Children from the Hotel America (Vaikai iš Amerikos viešbučio, 1990) is also one of the most popular restored Lithuanian classic films, with 14 screenings in Lithuania and 8 abroad.

November 3 marked an important date for Lithuanian film classics as on this date the world premiere of the first colour Lithuanian film March! March! Tra-ta-ta! (lit. Marš! Marš! Tra-ta-ta!, 1964) by dir. Raimondas Vabalas took place at National Gallery of Art in Washington. The film was restored specially for this occasion.

The film, which was made 35 years ago and had never been screened in the Western countries before, was included in festival’s program ABSURDISTAN: Central European Cinema of the Absurd, which focuses on Central and Eastern European films from 1950-1989s. The film is expected to be presented at festivals in Europe and Lithuania this year.

The Lithuanian Film Centre has already digitized and restored 19 feature films and 3 documentaries, while this year the main focus will be on animation.

The Center not only restores and digitizes films, but also works on returning national film heritage to Lithuania. The Centre has already acquired 39 copies of significant feature films and 6 documentary chronicles of Lithuanian cinema history which were stored in the State Film Archive of the Russian Federation. The copies have been transferred to the Lithuanian Central State Archives for permanent preservation. 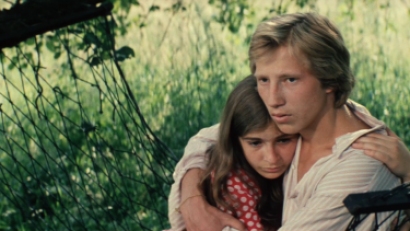