On May 22-24, representatives of China Film Group Corporation visited Vilnius. The Corporation is responsible for international co-productions with the People’s Republic of China. The main purpose of the delegation was to get acquainted with the infrastructure of the Lithuanian film services, tax incentives for the film production, conditions and possibilities for co-productions.

The delegation visited the Ministry of Culture, where they met up with the Vice Minister of Culture Gintautė Žemaitytė and visited the Lithuanian Film Center. Rolandas Kvietkauskas, the Head of the Lithuanian Film Center, introduced the activities of the Center, talked about the tax relief for film production and shared the achievements of Lithuanian cinema in recent years. The guests were interested in possibilities of film distribution in Lithuania and wanted to hear more about the and development of cinemas in Lithuania. The film distribution on VOD was also discussed during the meeting.

During the visit, representatives of the Chinese film group corporation also met with Kęstutis Drazdaus, the Head of the Independent Producers Association, producers Ramūnas Škikas and Martynas Mickėnas, Romanas Matulis, the Head of Vilnius Film Cluster and Jūratė Pazikaitė, the Director of Vilnius Film Office.

The visit of the Chinese delegation to Lithuania was organized by the Lithuanian Film Center. 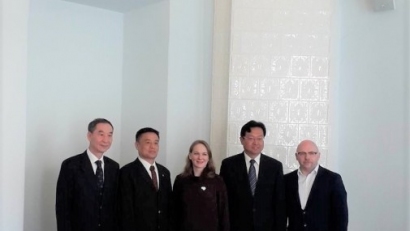 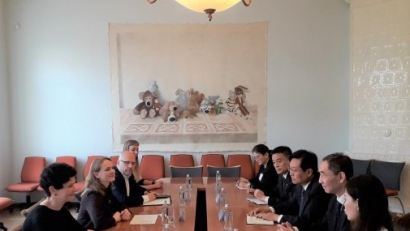 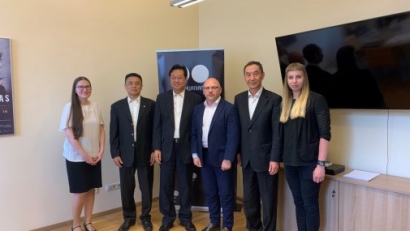